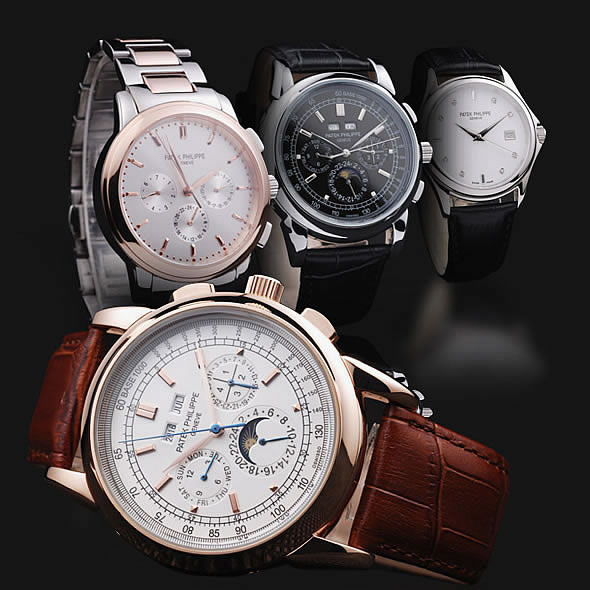 The Reference 1518 was unveiled in 1941 and it was the very first chronograph/perpetual calendar of the series. The watch was powered with Caliber 13-130 and it had rectangular chrono pushers. The dial had windows for the day and month, a pointer style indicator for the date, a tachymeter scale and a moon-phase display. The owners included Sugar Ray Robinson who had the rose gold version (very rare) but it was stolen a few months later in Italy, right in his dressing room during a boxing match.

1948 Patek watch with a rectangular case

Reference 2441 was dubbed the Eiffel Tower because its lugs were flare shaped and had squared ends which reminds us of the tower’s bottom section. It was unveiled in 1948 and it was powered by the Caliber 9-90 that was introduced back in 1934. This watch is a top favorite among watch collectors perhaps because of its flamboyant and unique case.

In 1997, to mark the opening of its new headquarters and factory in Geneva, Patek Philippe paid tribute to that case when they launched a limited edition watch that had a rectangular case and lugs that looked like the 2441. This watch was called the Pagoda.

In the 1950s, many watch manufacturers made automatic self winding watches. Patek Philippe joined in the fray and in 1953 it launched the Reference 2526, their first self winding watch that contained Caliber 12-600 AT. It had a bidirectional winding system that was very efficient. The rotor was made from solid gold and offered high torque. Patek used this system until 1985. The Reference 2526 is a highly sought after watch because of its movement and elaborate details which include a dial in cream colored porcelain enamel. 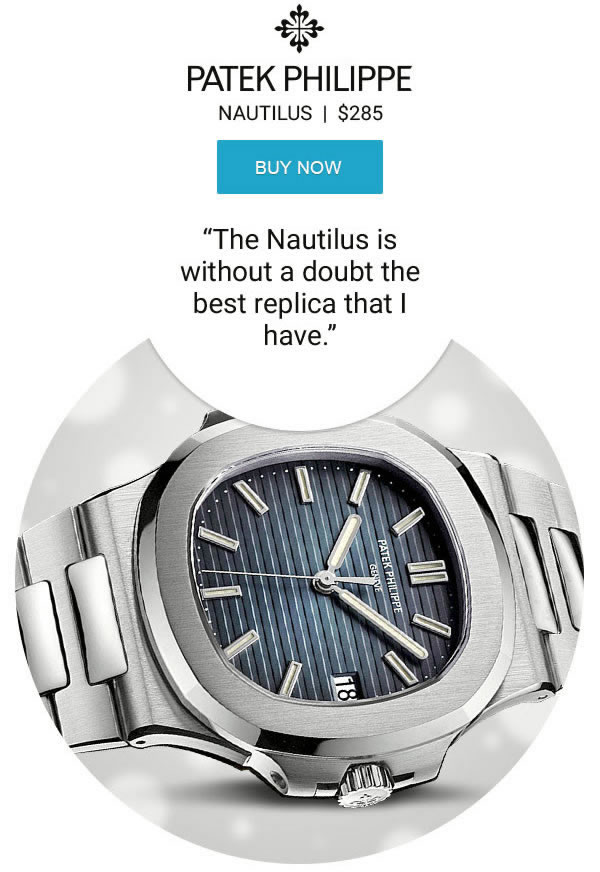 1962 Automatic wristwatch with a perpetual calendar

Another milestone for Patek was when they unveiled the very first automatic winding wristwatch in the world that had a perpetual calendar. This was in 1962, when they unveiled the Reference 3448 which was powered by Caliber 27-460, a much better version of the 12-600.  The 27-640 is very high quality and it was used as base for all their Perpetual Calendars until 1985. It had a frequency of 19800 vph and had a Gyromax balance. There were 586 pieces of the Reference 3448 in the two decades that it existed. In November 2011, the only rose gold 3448 sold in a Christie’s auction for $2,338,219.

There were all kinds of wristwatch case shapes during the 1960s but Patek wanted a shape that is still fresh. They thought a rounded but not circular shape would be great and so they created the Ellipse d’Or in 1968. Also referred to as Reference 3546, this watch had a shiny blue dial made from gold using a yet to be disclosed method. The watch was rounded but not circular and the corners did not seem rectangular either. The watch housed the movement 23-300 which was a manual-wind.

In the 50s and 60s, slim watches was the trend and so, Patek brought out an automatic wound movement called Caliber 350 and used a peripheral rotor that went around the circumference of the movement. The rotor had a balance cock and bridges and so it took up little space. Caliber 350 however had to deal with so many problems because it had a complex bidirectional winding system and so it had to be replaced with the 1-350 which was unidirectional. Reference 3563 was set and wound by means of a button found at the back of the case. 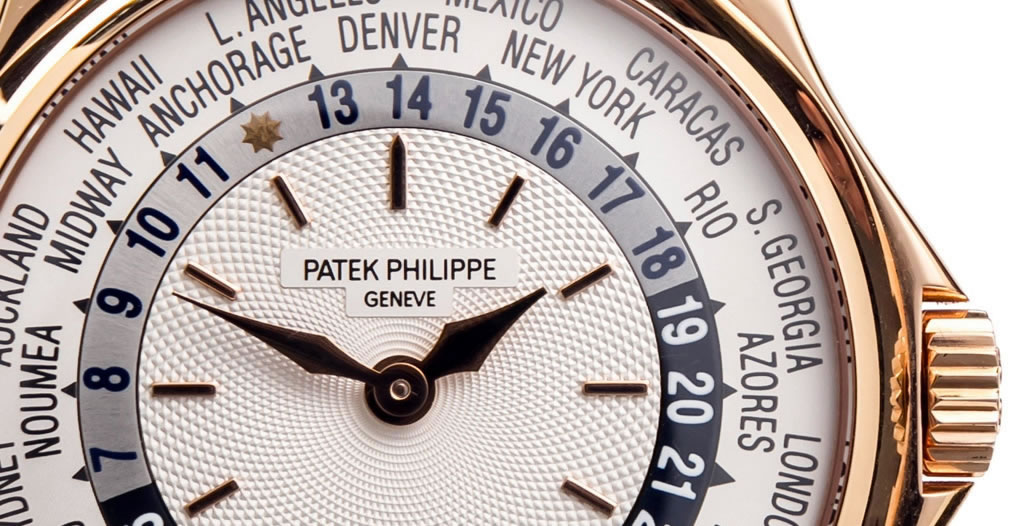 During the 70s, watchmakers began to use quartz technology and they did so to impress or gain customers. And so, Patek introduced Nautilus in 1976 which was designed by no less than Gerald Genta. It was 42mm in diameter so it looked really big during that time. The steel case was resistant to water for up to 120m and it had two unusual ear-like projections on each side. Its most distinctive feature was its price - $2,350. In the 1970s, luxury steel watches were quite rare and so, Patek which was well known for producing dress watches with precious metals, the steel sporty-looking watch with a high price tag made news. It didn’t become an instant hit but it eventually did and collectors called it Jumbo.

As time passed by, Patek’s stock of ebauches which was used for the Caliber 27-460 started to run out and so they thought of replacing it for their perpetual calendars. By 1985, they decided to modify the Caliber 240 which was a thin, automatic movement that is wound using a microrotor and fitted it with a calendar cadrature. It was called Caliber 240 Q and it was 3.9mm thick, much thinner than the 27-460. This new movement powered the Reference 3940 which had a 24-hour display which made setting the perpetual calendar much easier. 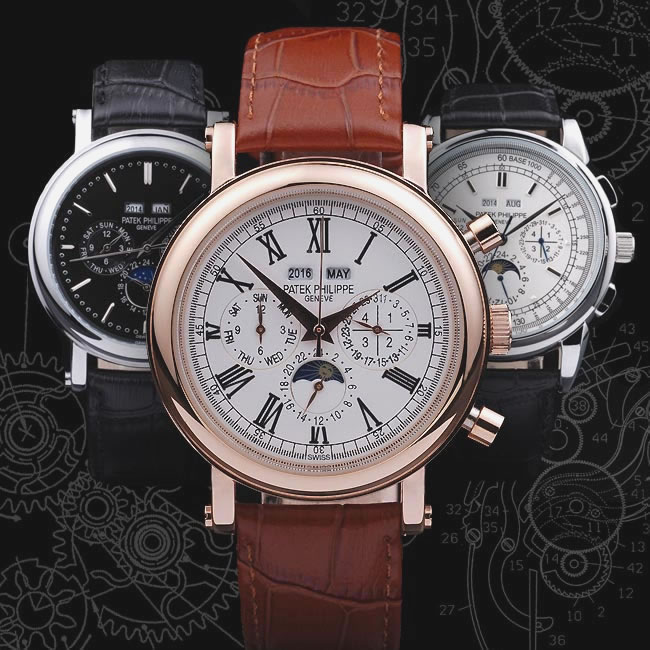 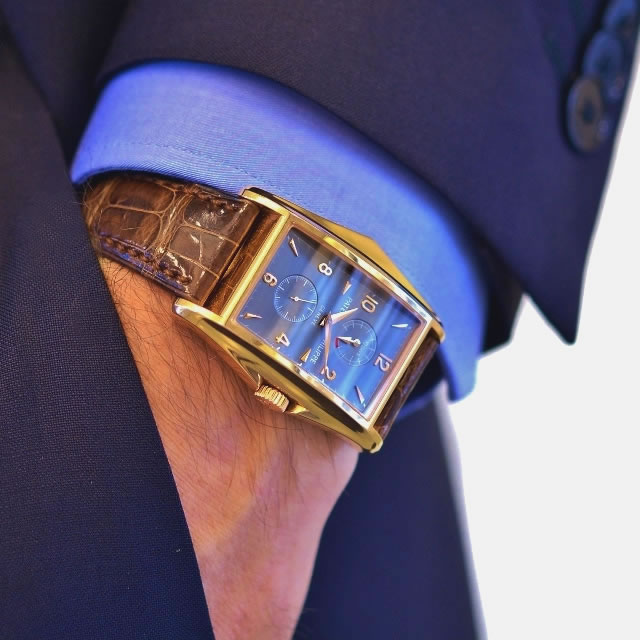